Have a Happy, Horsey New Year! 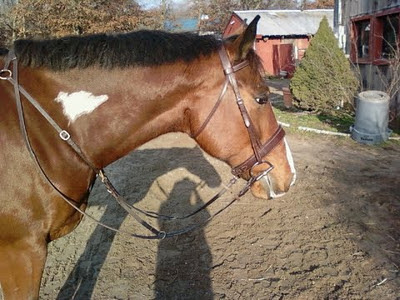 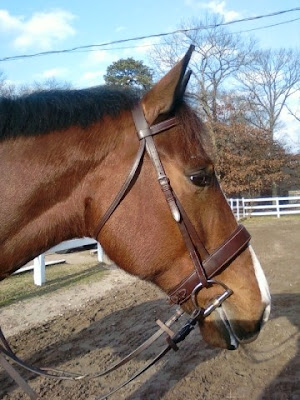 Joey and I had a quiet trail ride on this last day of 2011. He was the super pony he always is. Looking forward to our adventures in 2012. Of all the things that happened to me this year, Joey was one of the best.

Here's hoping your New Year is shiny and bright! :)
Posted by SolitaireMare at 9:34 PM 3 comments:

Email ThisBlogThis!Share to TwitterShare to FacebookShare to Pinterest
Labels: Joey 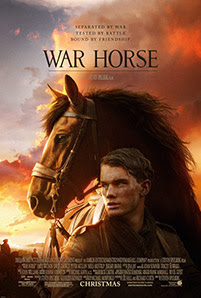 Have you seen it?

I went with the family on the day after Christmas to see War Horse. I enjoyed it very much and yes, I did cry but I think the play was more emotionally moving for me. My children did get upset at how the horses were treated when they were in the hands of the Germans and I had to keep telling them to focus on Joey, that he was the hero and it would be alright. Even so, they really liked the movie, too. My husband was stoic as usual and brought more tissues for the rest of us. :)

Afterward, it did spark a discussion between my children my husband and myself about history and the use of animals in battle. Always a good thing to find a teachable moment!

My kids also understand now why I named my Joey after the horse in the story. Because he's a pretty remarkable horse, too.
Posted by SolitaireMare at 8:47 AM 8 comments:

I've heard all kinds of stories and seen it many times where horses give their owners and/or riders a hard time when it comes to bridling them and getting the bit in their mouth. I don't recall ever having a problem with it myself for any of the horses I've owned over the years. I would have to say they all handled the procedure with a polite indifference at best.

However, I've never had a horse who apparently LOVES to have the bit and bridle put on either.

I need to get video of this and post it. When you remove Joey's halter after putting the reins over his head, he starts licking and chewing and yawning. Then all I have to do is hold the bit out for him and he opens his mouth wide, scoops up the bit and drops his head for me to slip the bridle over his ears! I find it adorable to watch him do this every time. He will keep his head almost to the floor as you do up the throatlatch and noseband.

When I take the bridle off, as soon as he feels the throatlatch and noseband undone he will drop his head for me to slip the bridle off. And as I do he will lightly hold the bit in his teeth until I ask him to drop it. Then he keeps his head down for the halter to be slipped on.

Maybe he thinks he's a dog. Or maybe it's his way of saying that he just enjoys working with me. :)
Posted by SolitaireMare at 1:43 PM 12 comments: 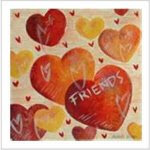 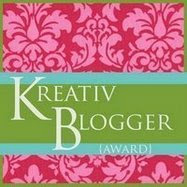